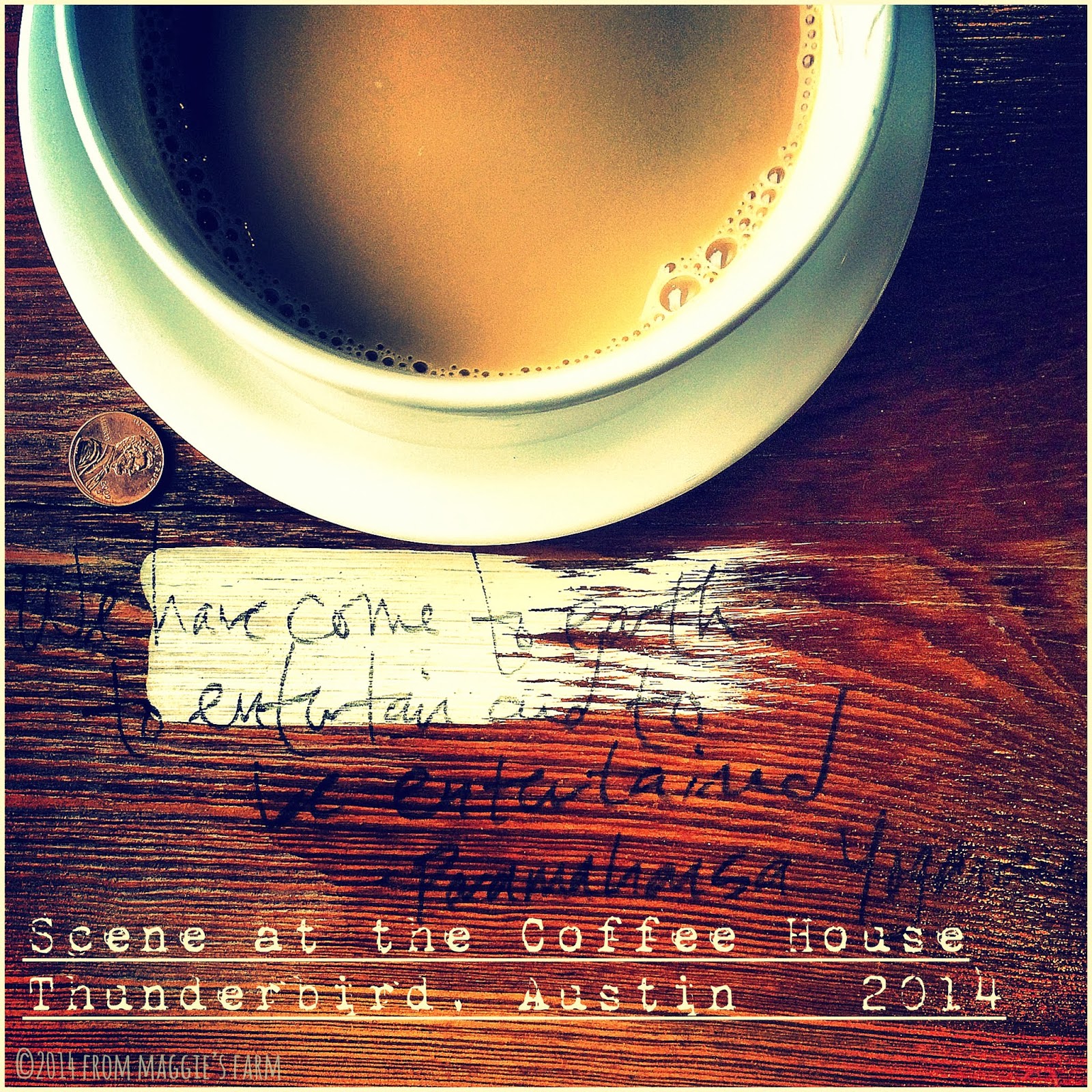 We have come to earth to entertain, and be entertained. 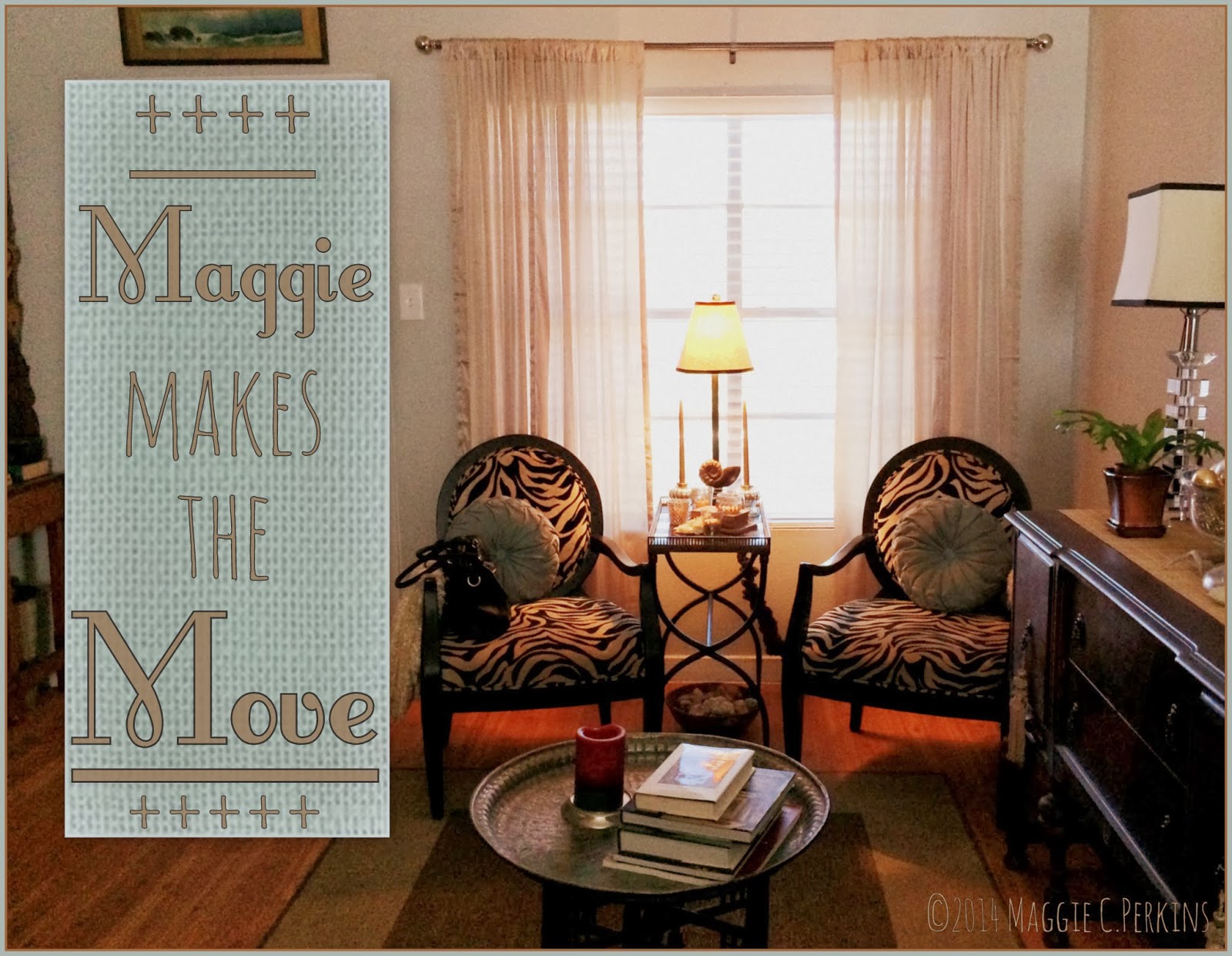 "Home is the nicest word there is."
Laura Ingalls Wilder

Welcome to my new digs, friends. 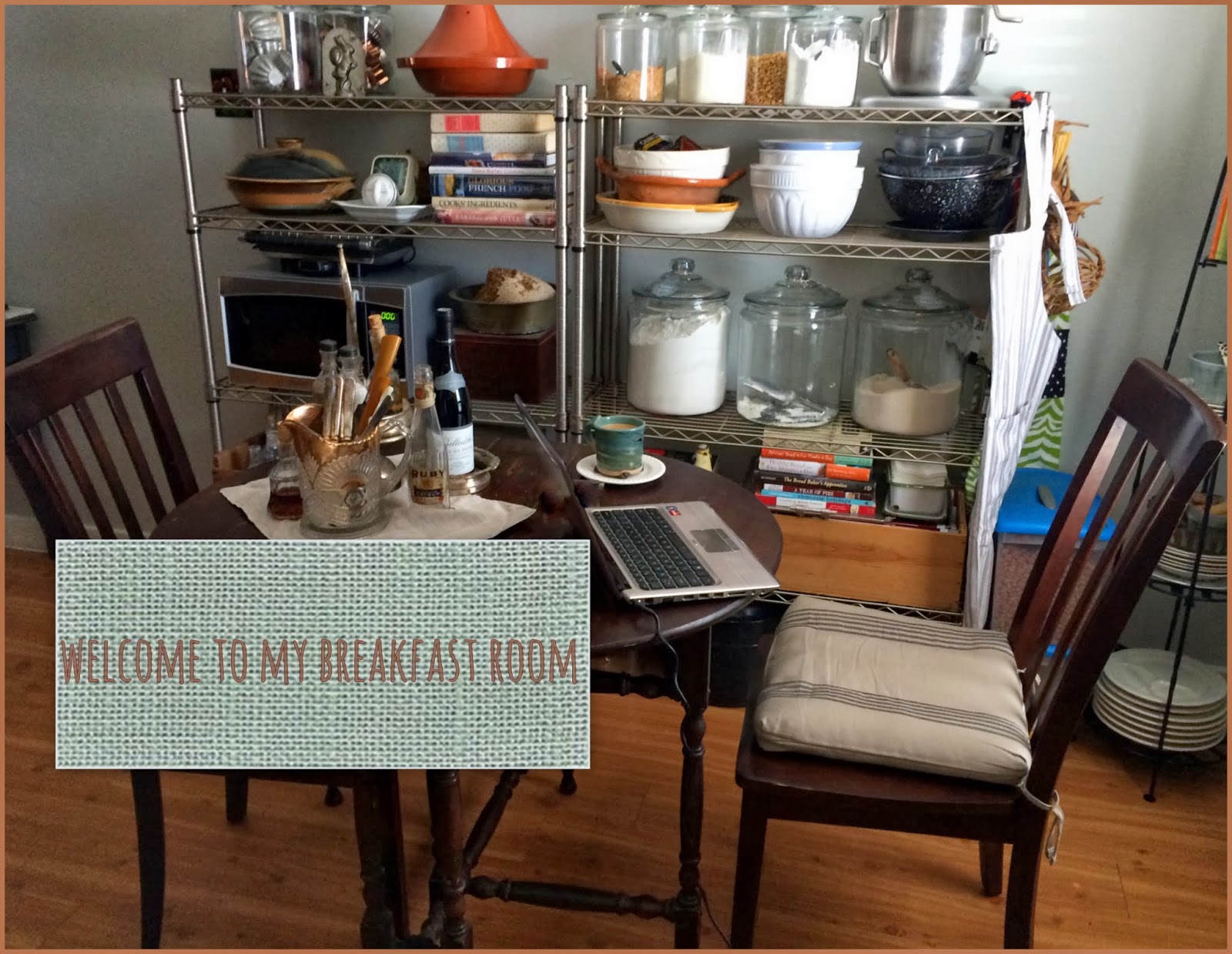 My breakfast room.  And my office.  And the craft room. 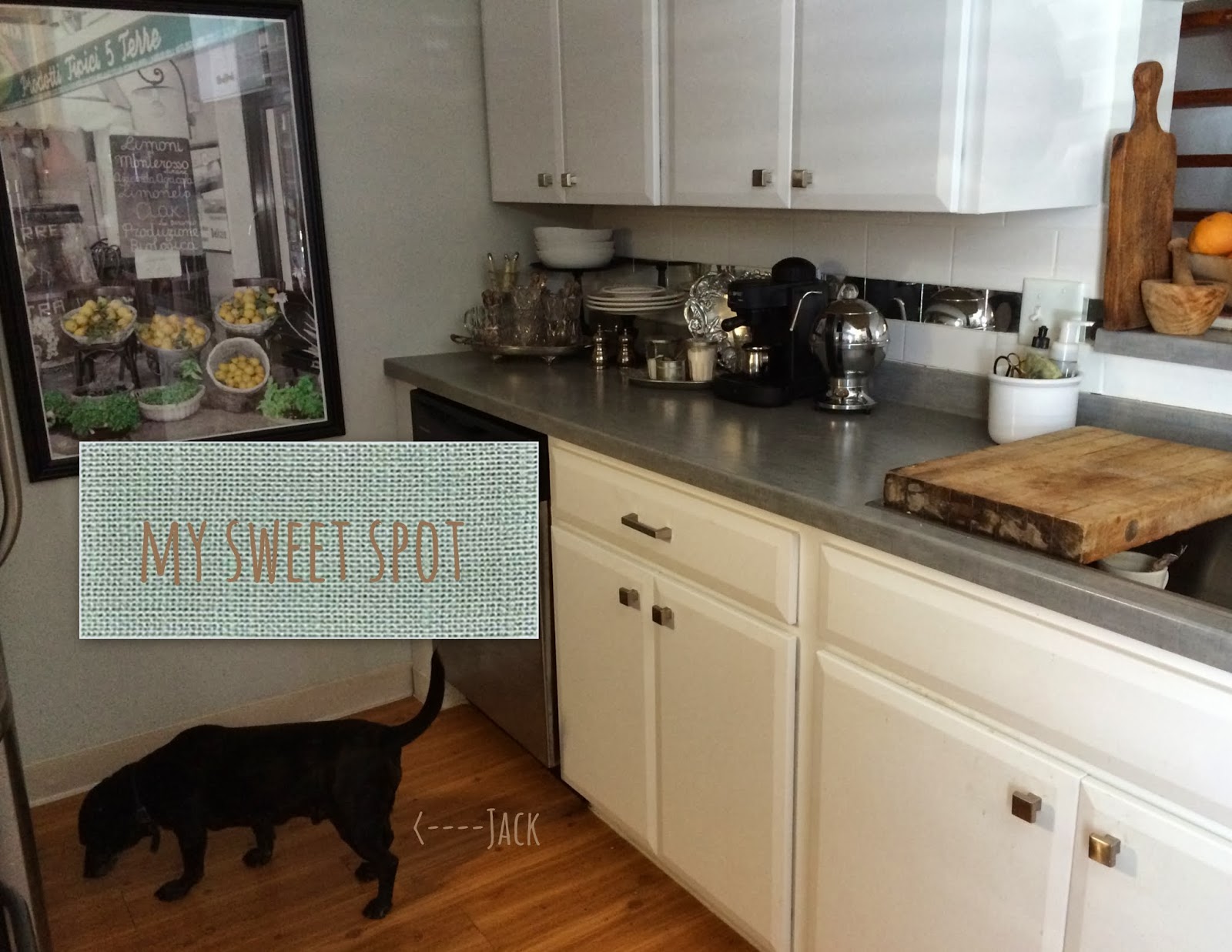 Be it ever so humble, I've moved into the kitchen. As has Jack. 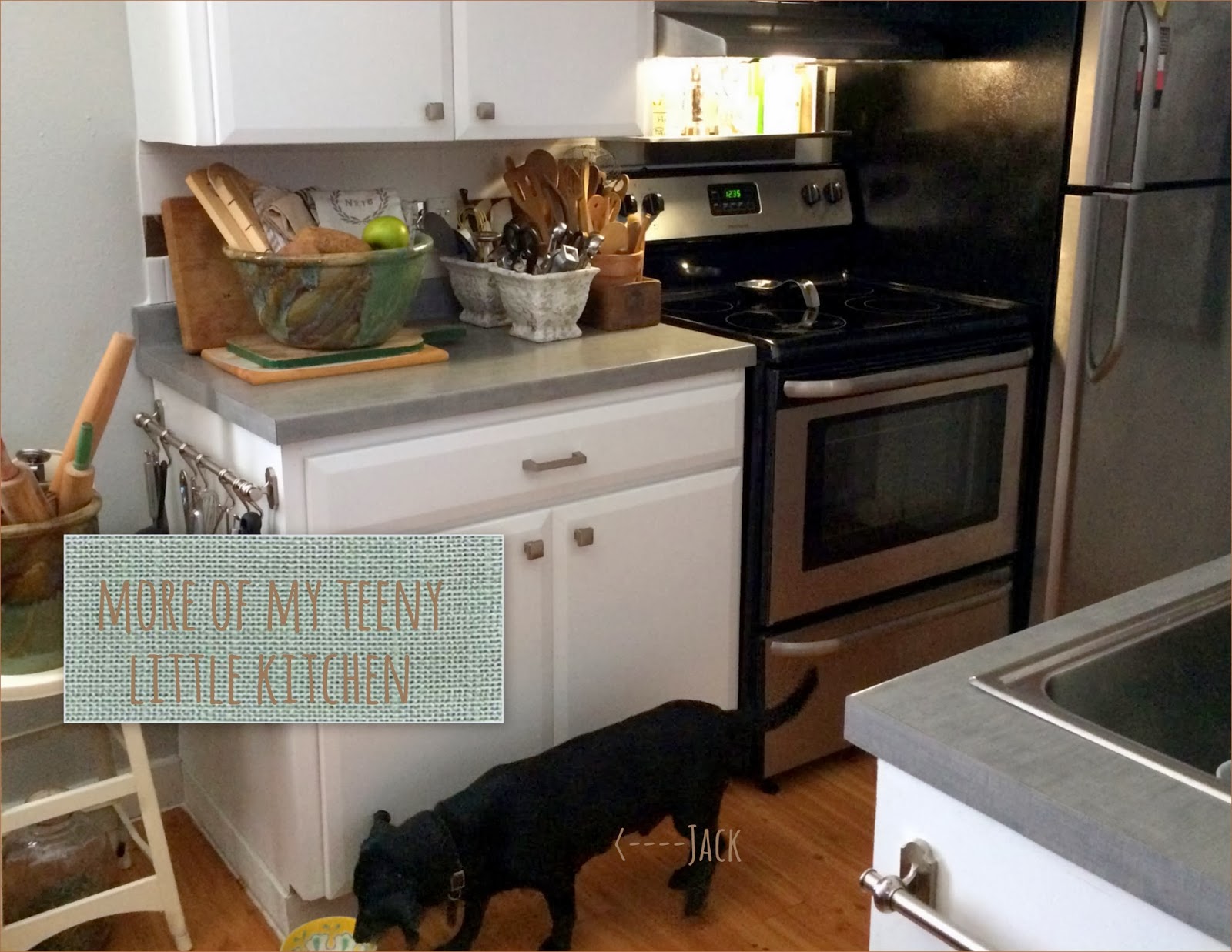 I've found a knack for fitting a whole lot of stuff into a small amount of kitchen.  And, there is Jack. 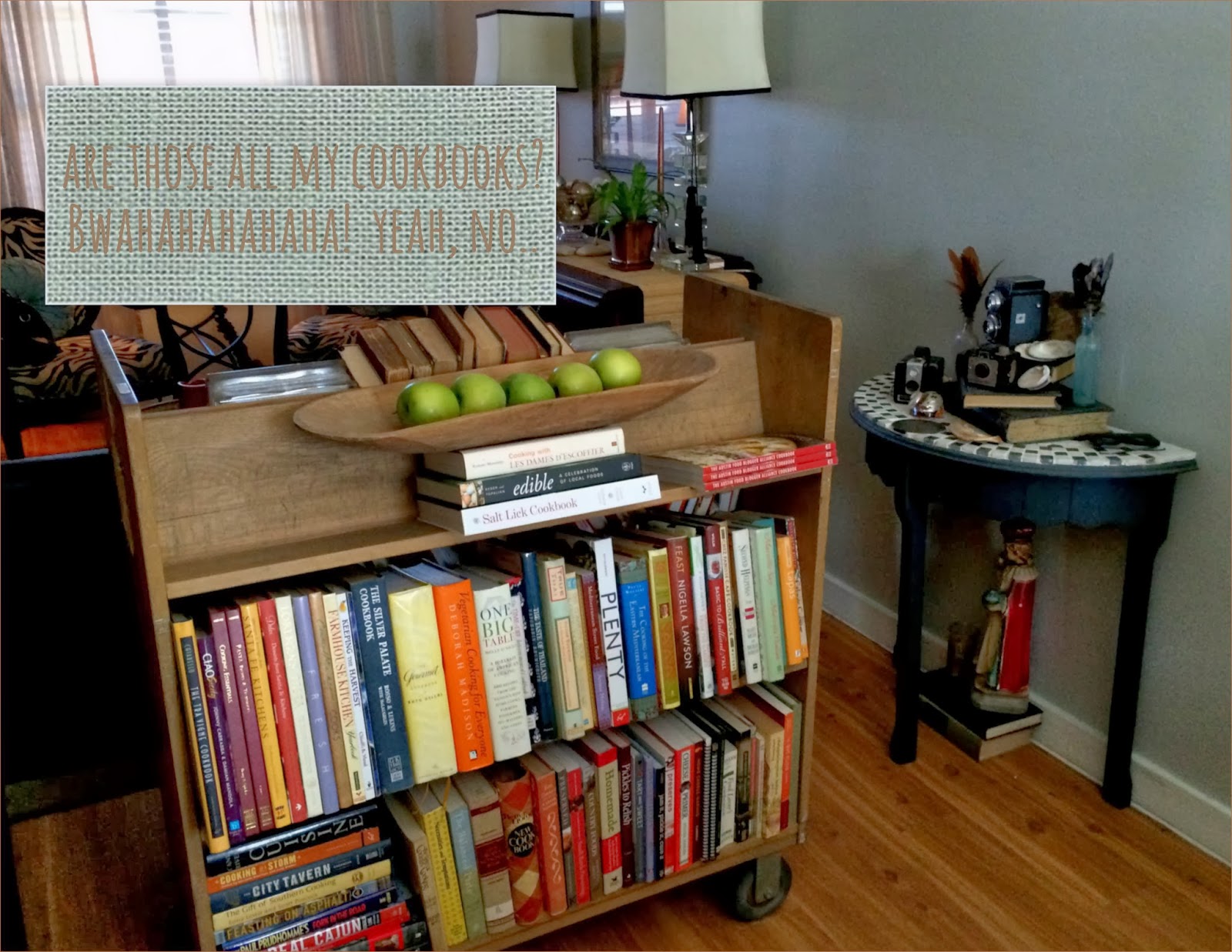 Well, they all ARE my cookbooks.  But that's not all of them. 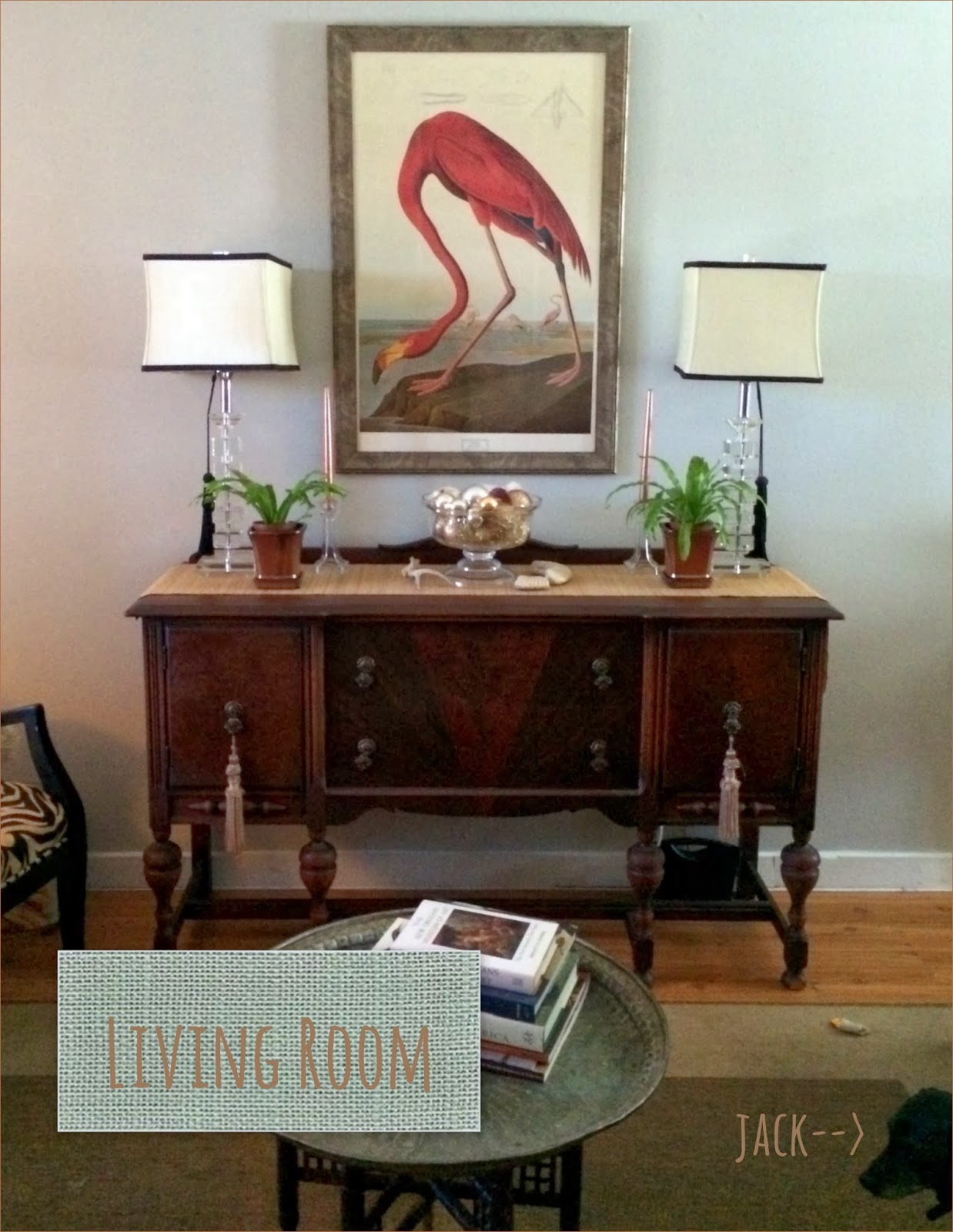 Jack enjoys the formal spots.  Note his bone has taken up residence, too. 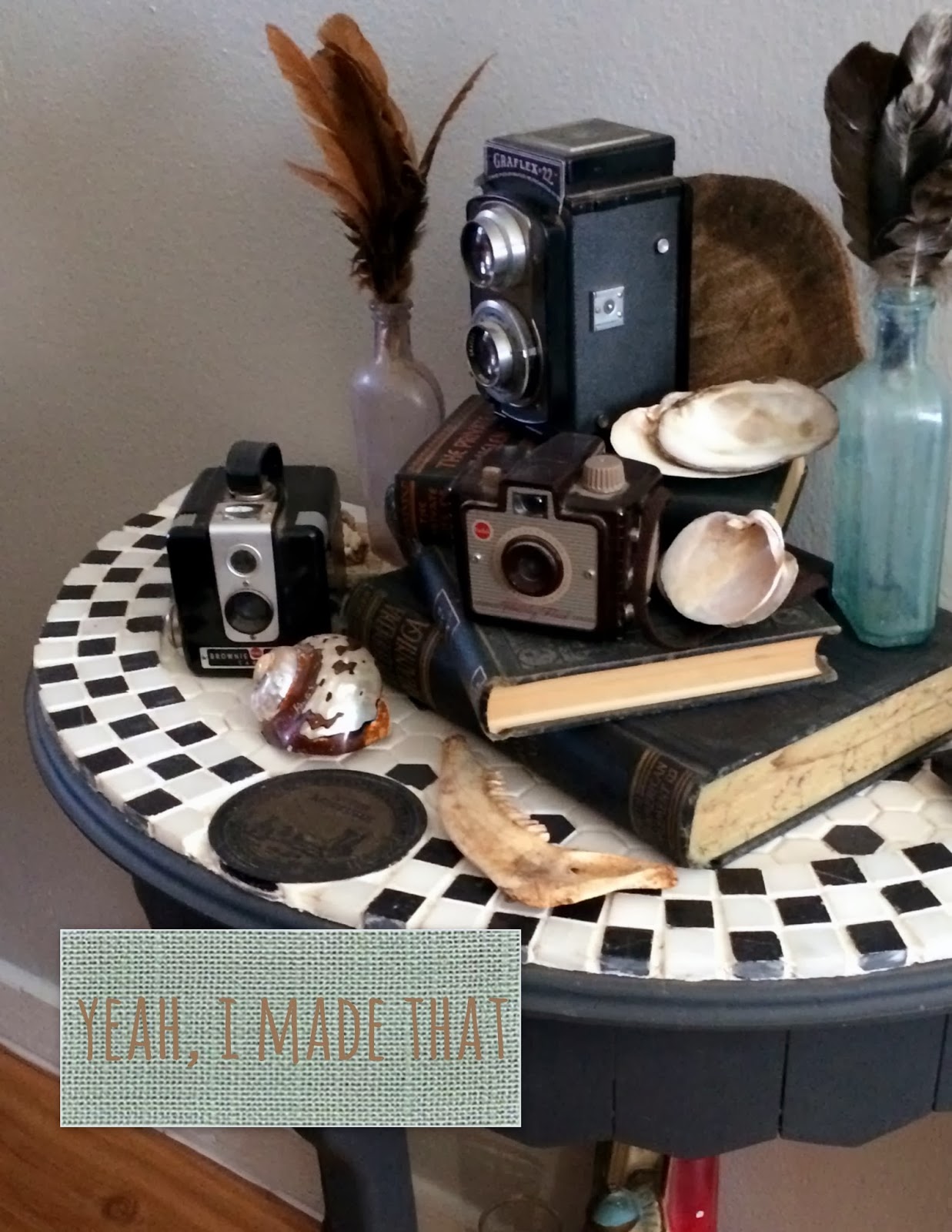 I redesigned and tiled this table for a Design class several semesters ago. I made an A. And since it could not be posted on the refrigerator like a good report card, it had to come with.

Just a little peek today.  I'll clean the rest of the place.  Later. 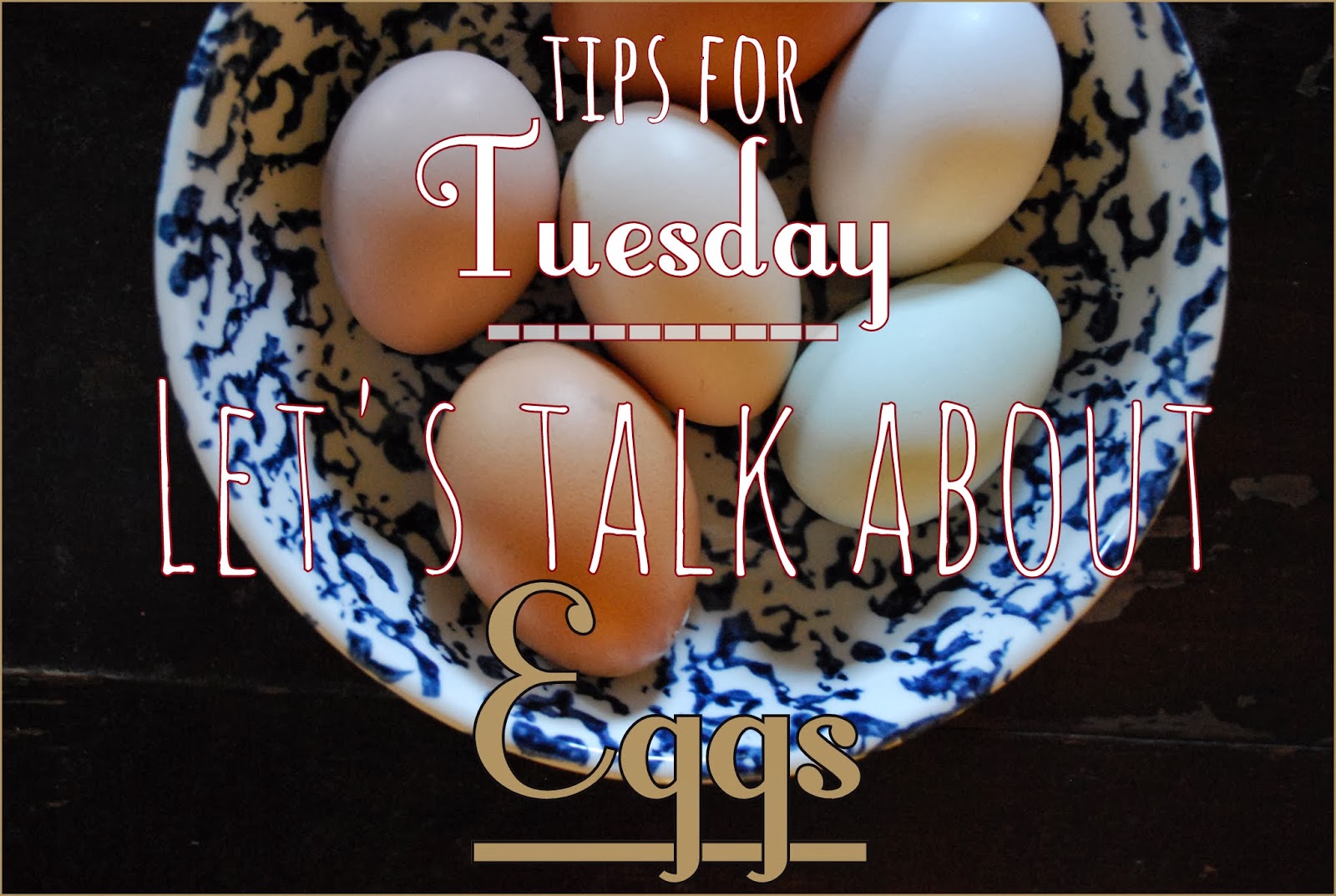 We farmy/freshy types really like our farm fresh eggs.

Vendors can not bring enough to satisfy the desires of the farmers' market-goers.  Can't. Get. Enough.

Me neither. The thing I miss most about the farm is my chickens. Plenty of folks hate chickens. I just don't get it. They are easy and prolific. They more than earn their keep. They eat any.darned. thing. 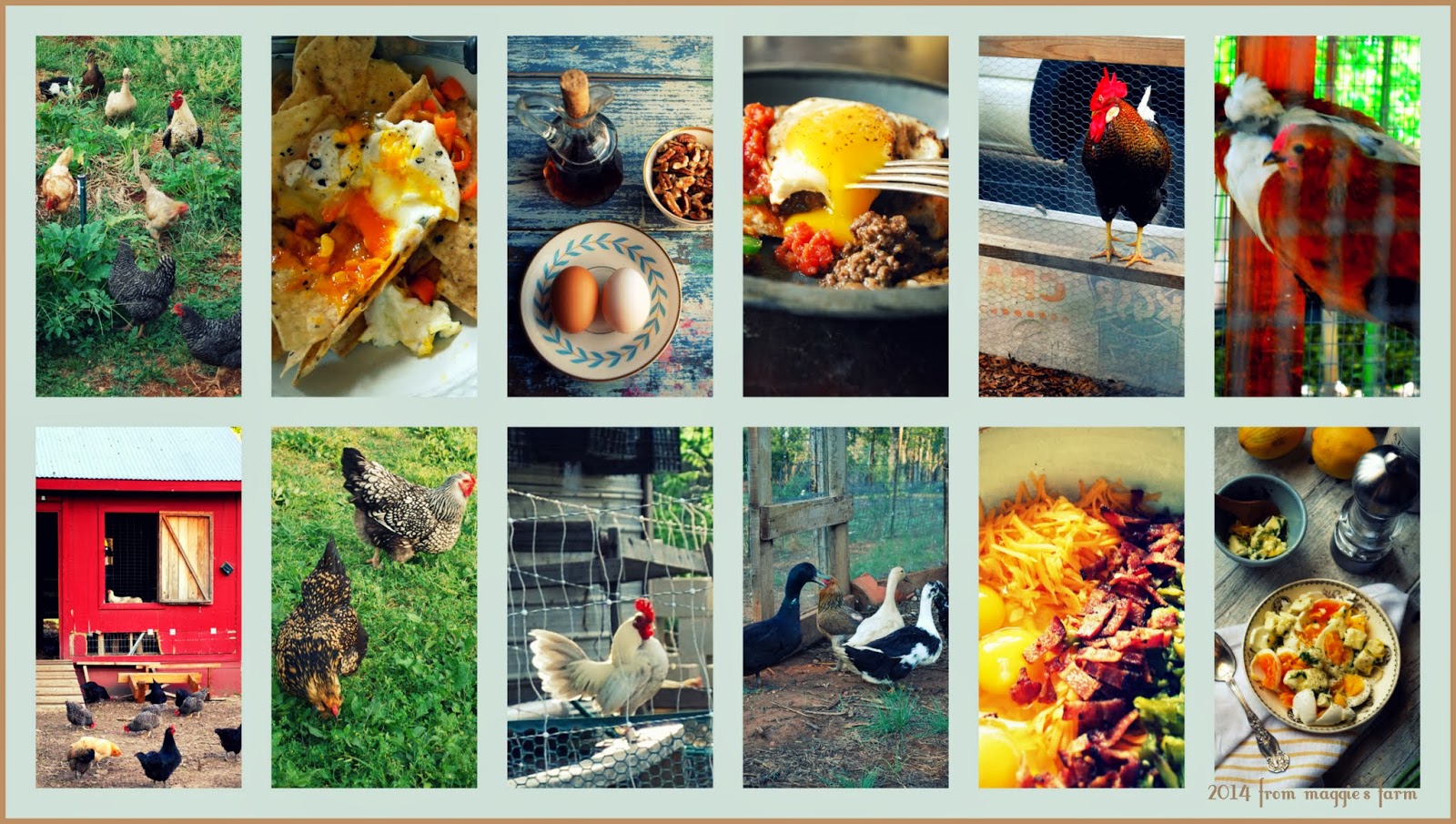 They made music of my mornings. Even my friend, Kristin, the beauty and brains behind the fun and fabulous Mad Betty, misses my chickens. We agreed. Best eggs we ever had.

Some surveys and blind studies indicate that those eggs were no different in taste, texture, or nutrition, than battery-collected, mass produced eggs.

I don't care. If it's all in my head as they suggest, then it's just in there for good. Possibly it's an opinion nourished by a distaste for the mass production process. Perhaps. Doesn't matter. My brain likes the farm fresh egg. Better.

The white "stringy thing" you often see attached to fresh eggs is chalazae. It anchors the yolk to the egg. As an egg matures, the chalazae dissolve, so the absence of chalazae correlates to a loss of freshness. Remove it for cosmetic sake in custards or dressings, if you wish. Otherwise, it will dissolve as it cooks, and has no effect on flavor.

Nope, it's not a baby. See above. And while on that subject...

You have a ROOSTER!  I can't eat FERTILIZED EGGS!  OMG!

Well, you could. Fertilized eggs are fine to eat--in fact some people consider them to be healthier than unfertilized eggs. It is impossible to taste the difference, and improbable that you'll see the difference between a fertilized and non-fertilized egg with the naked eye. Eggs will only develop and hatch if incubated, either by a hen or in a man-made incubator. If eggs are gathered regularly, they will never develop.

What's that BLOOD ON MY YOLK?!?

Contrary to popular concern, these tiny spots do not indicate a fertilized egg. Rather, they are caused by the rupture of a blood vessel on the yolk surface during formation. As an egg ages, the yolk takes up water from the albumen to dilute the blood spot so, in reality, a blood spot indicates that the egg is fresh, and safe to eat.

Why is there POOP ON MY EGGS?!?

Likely not poop. More likely it's mud, from being tracked over by the ladies of the coop. And there is actual benefit to not washing. Washing eggs removes the cuticle, or 'bloom', which protects the interior contents from the entrance of bacteria. By blocking the pores, the cuticle helps to preserve freshness and prevent bacterial contamination of the contents. Wipe if you must, but be forewarned; it's best to leave eggs in their carton, washing each egg, well, just prior to use.

I want BROWN EGGS. They are BETTER!

Chalk one up to psychology, there, my friend. I prefer the colored shells for the sake of pretty, but shell color has no effect on nutrition or flavor. It's like hair color in humans. Really makes very little difference in personality. (Well, except for you crazy-wild redheads. :} )

I think these eggs are bad.  THE YOLKS ARE DEEP GOLD! And kinda THICK!

The color of an egg's yolk is directly related to the diet of mama. Chickens who free-range, that pasture on dark greens and bugs and such, along with those fed a diet rich in corn, alfalfa meal, or foods with high yellow-orange pigments, will produce eggs with yolks deep golden in color. I think they taste best, but science says that's all in my head.

I can be a little hard-headed. 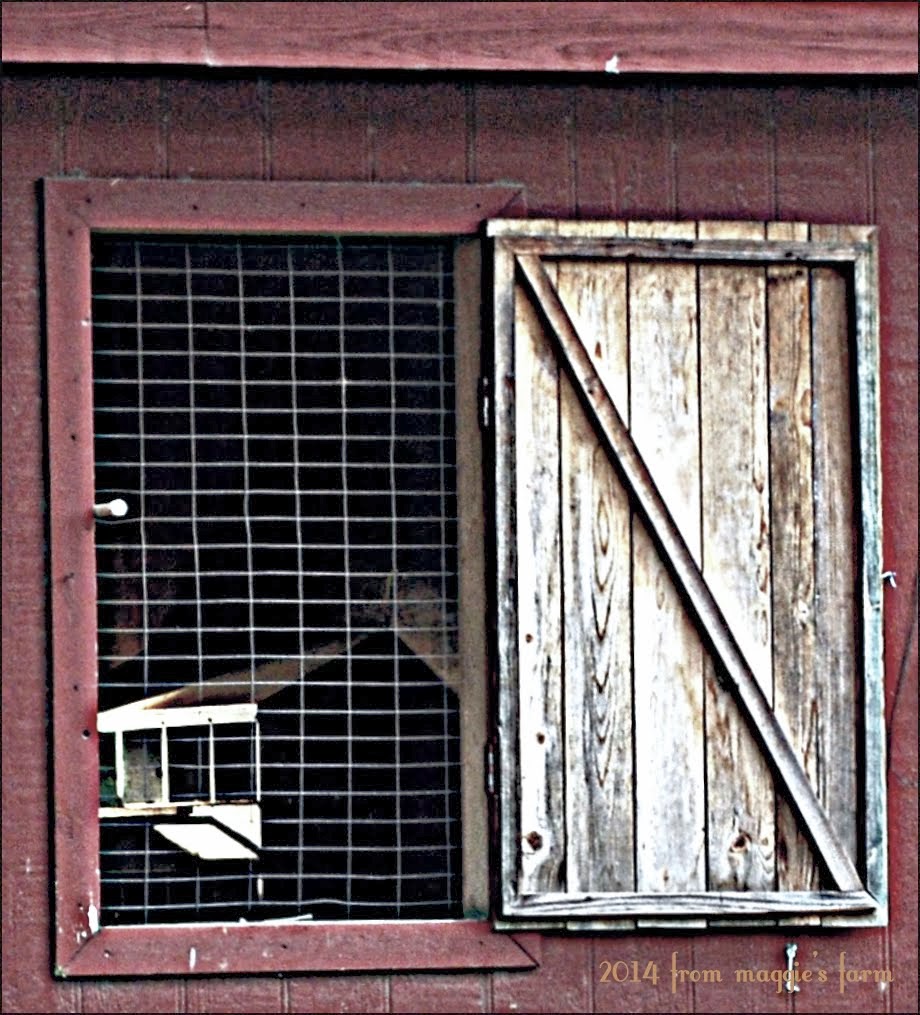 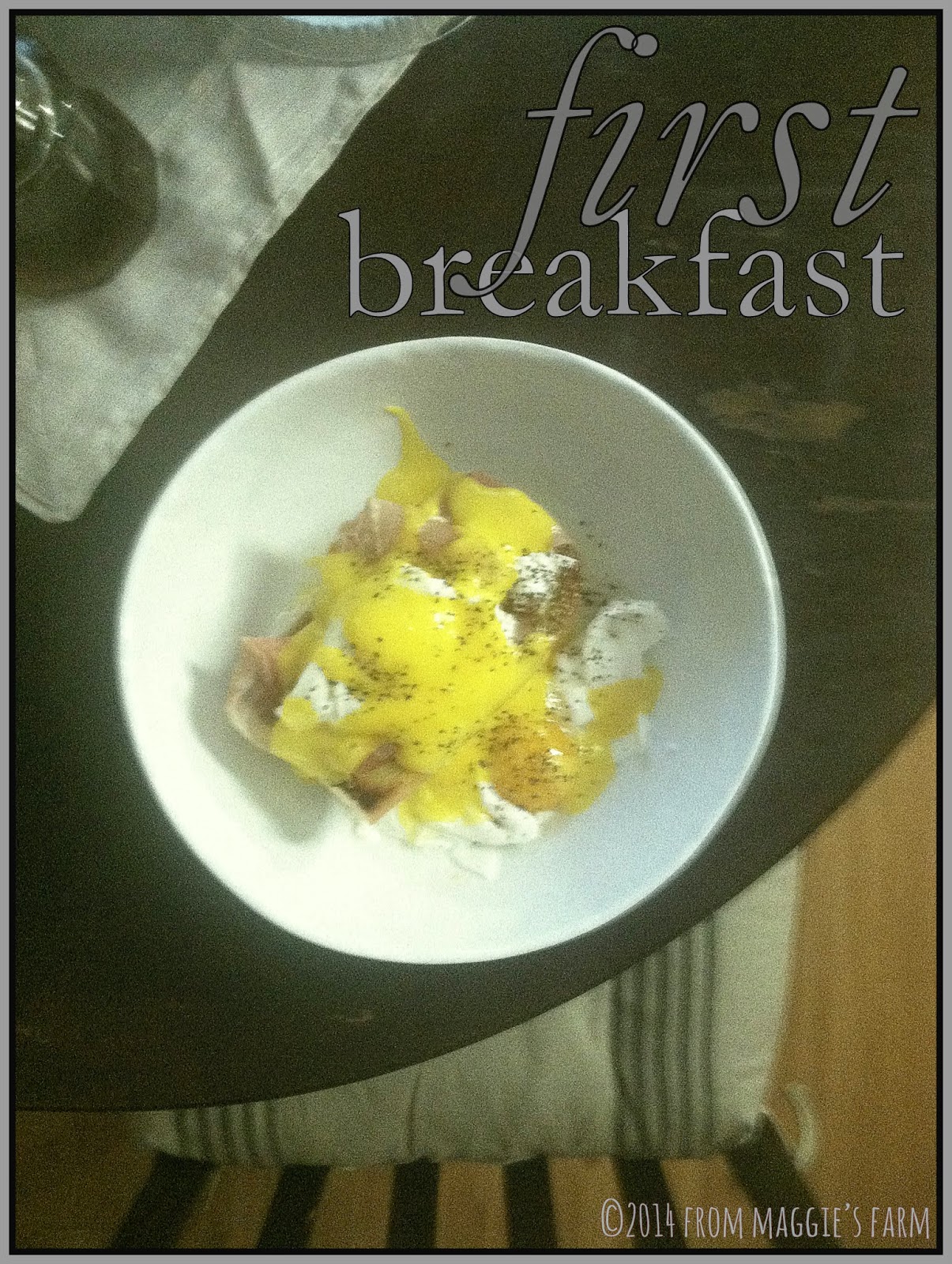 “There are as many worlds as there are kinds of days, and as an opal changes its colors and its fire to match the nature of a day, so do I.” ― John Steinbeck

I’d been living out of suitcases most of the summer.

The farm was still bustling, albeit abuzz, primarily, with the sounds of grasshoppers so thick in the tall grass that it seemed an apocalyptic event.  They’d eaten an acre’s worth of summer vegetables.  They had been sport for the dogs and cats and chickens and ducks (goats, all vegetarians,were unfettered, if not just a bit miffed as to what grasshoppers could do to a perfectly lovely patch of chard) for a while, but quickly became just as tiresome to them. It was the most difficult of the five summers I had lived with the animals and the crops. Rosemary and thyme were the only surviving vegetation. No rain. For months. Heat so brutal and oppressive that it felt as if Mother Nature herself was bidding me adieu. Nothing thrived. Least of all, me.

The brutal summers, the ongoing drought, the infestations, the doubling of costs of feed, gasoline, (really awful) water left no room in the budget for additional help, and the joy I once experienced began to flag with the realization that it was all becoming too much to handle.

Certainly there were other factors involved in the transition, and many days, still quite fine. I had developed close friendships in the area, found a church community, and being just miles from the most beautiful hiking in the Hill Country, my sweet canine hiking buddies accompanied me on near-solo sojourns whenever the fancy struck. I wasn't all doom and gloom. But that's what made the decisions with which I was faced so difficult. .

Just as the story meanders a bit, so did my life, those days, last summer. Back and forth, country to city and back, living here, living there. Navigating the changes gave me just about all I could handle. Sadly, the writing was on the wall.

I’m not one to do so hastily, in fact I'm more likely to stick around far past the use by date, but, finally, finally, I would pull the white flag from the pocket of my dusty overalls and wave it in the wind.

So it was that my summer's project became taking the leap from rural to urban life. Adjusting to the idea that I would, again, be a city girl. I would no longer be the soul engineer of my days, the boss of anything growing.  In fact, I didn't even feel like I was the boss of me.

I felt aimless. A little lost.

I remember days, past--I would throw caution to the wind, and make major moves and life changes without the blink of an eye. With blithesome, foolish confidence, I’d made it work before in so many circumstances. My younger self was downright cavalier about such matters, wholly.

Maturity has a sobering effect.

I wrestled for months, concerned, apprehensive, scared to death about what the future would bring. What would I do with those free hours I’d have? How would I adjust my income to meet the urban standard of living.?  How might I transform this dream, into another?  Where would I find a new home?

Who would I be? 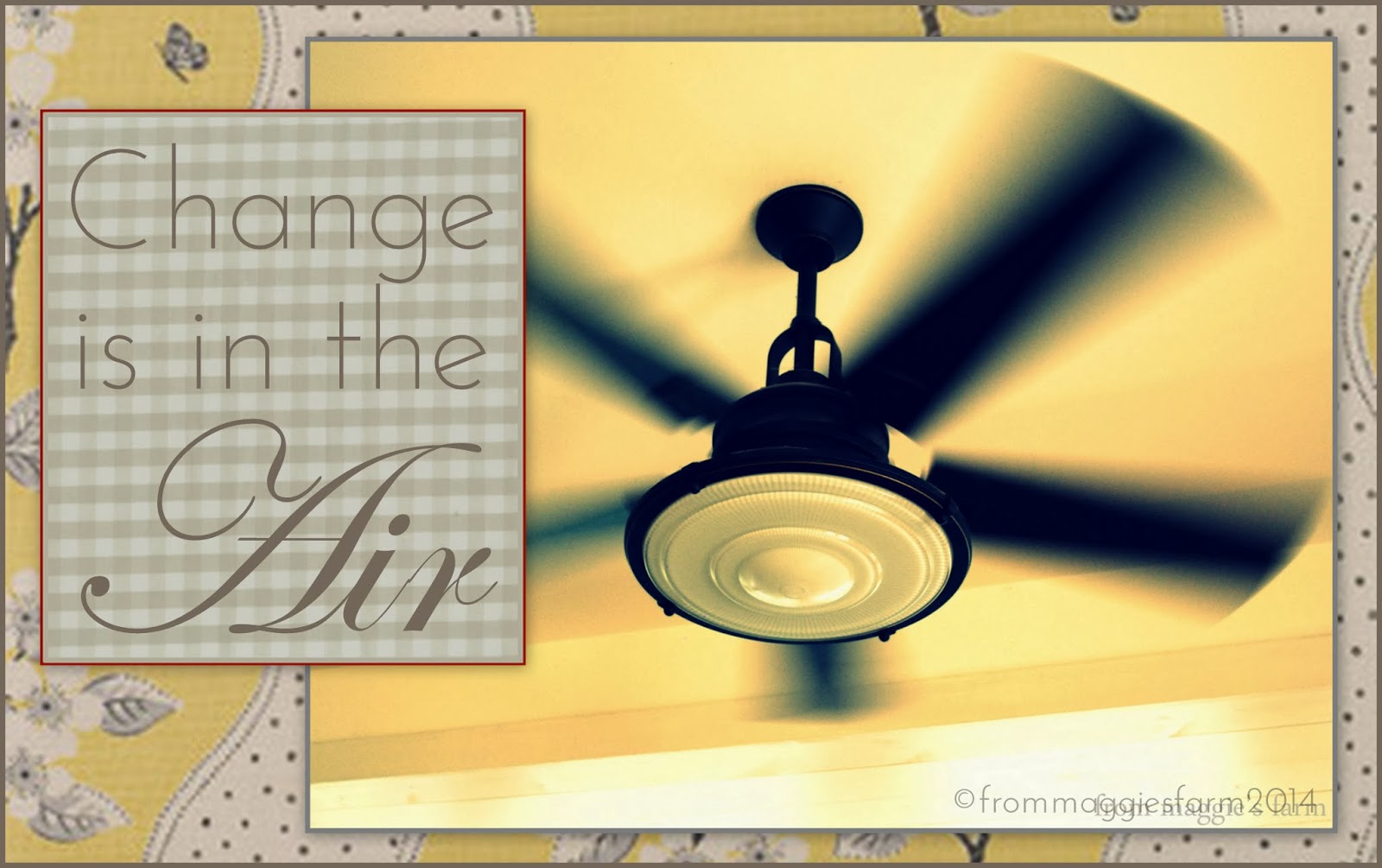 Well, if you've read along, you know the rest of the story  up until now, at least. I shared it a few weeks ago, here.  And you know that all of those questions have been answered in bits and pieces, but not completely, just yet. It's no small feat to relocate to a small townhouse from a working farm. Each new day brings new changes. I've learned to pare down to what's really precious-- outwardly, and inwardly. I've learned that small details of life are not at all small, often.

++++++++
The simple pleasure of occasional, leisurely breakfast is restorative. The mindful acts involved in the preparation of a meal for one's self, the order of delight, can be the antidote to the scattered, anxious, relocated. I know it was for me one day.

From those early, tumultuous summer months it was now approaching Fall. I'd moved in. Waking from the first night in my new home. I'd whiled hours, the full day before, setting up, first, the kitchen. It was domestic bliss. I was making home. Once the kitchen was set, I would sleep. Even if the mattress was still on the floor. Once the finishing flourishes were completed (OH, is it really every finished?!) the kitchen, even before any other room was touched, I was home. 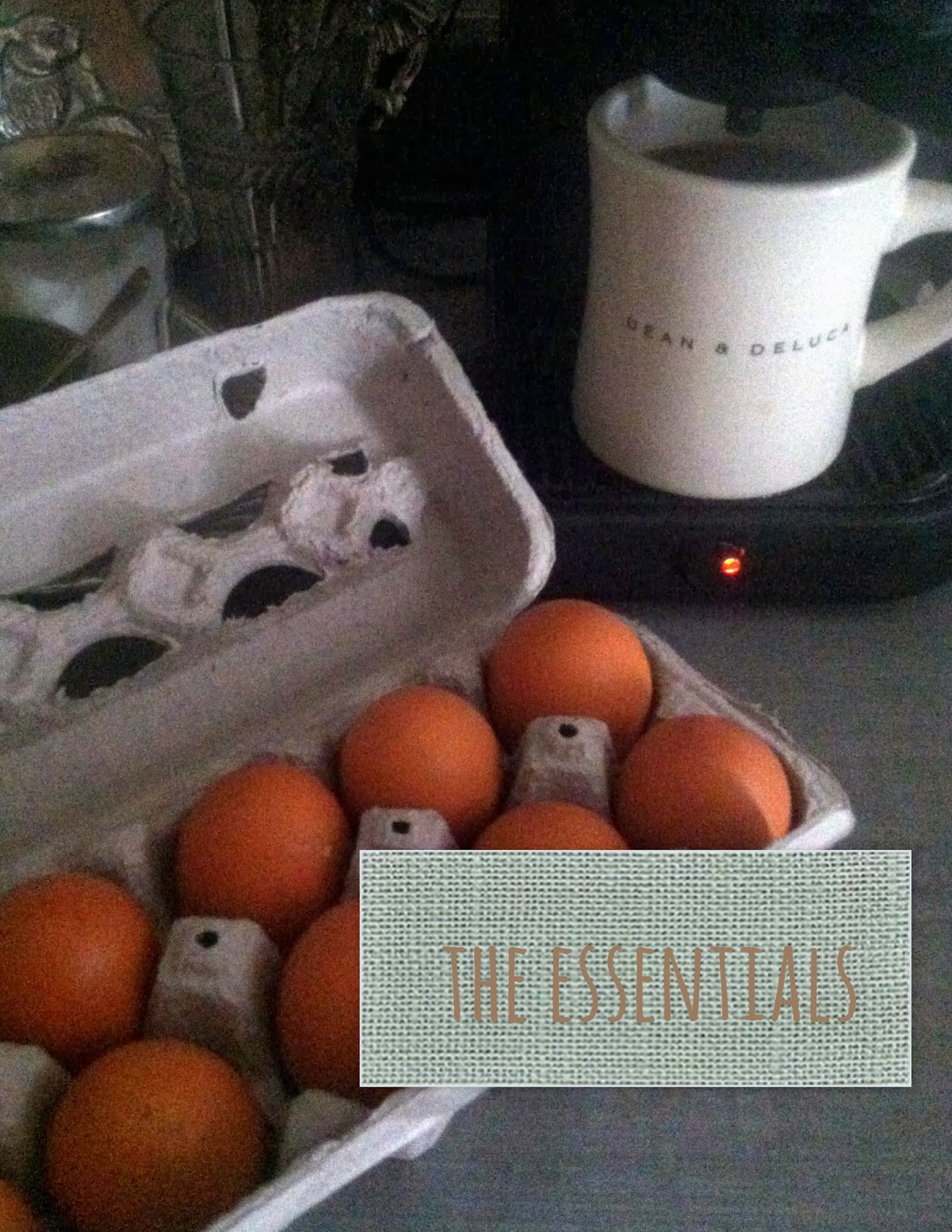 I awoke early, unable to contain my excitement, anxious to pad down to my new sweet spot. There was a shiny silver art deco percolator, aside the espresso machine-paring down to roughly 1/3 of what I'd owned, I kept my favorites--and I'd been given a bag of my favorite whole bean, locally-produced coffee. As I groped about for a clean robe in piles of clothes, I could almost make real the earthy sirens call of those beans as they whirred in the grinder.

I made a mental inventory. I planned to make myself Eggs Benedict. I had not one English muffin, no Canadian bacon, but the rest? Check. I made a few culinary geographic shifts....I baked a baguette the night before, so the English ceded to France. I had delicious razor-thin rashers of prosciutto, hence Canada gave it up to Italy. I'm not a stickler for details when I'm ravenous.

This week, I'm going to share a few peaks at my new digs. We'll talk about making a fool-proof hollandaise sauce, fixing the (maybe not THAT) foolproof sauce, the perfectly-poached egg, and a lesson on selecting fresh eggs. We will leave these technical trials and tests for another day. 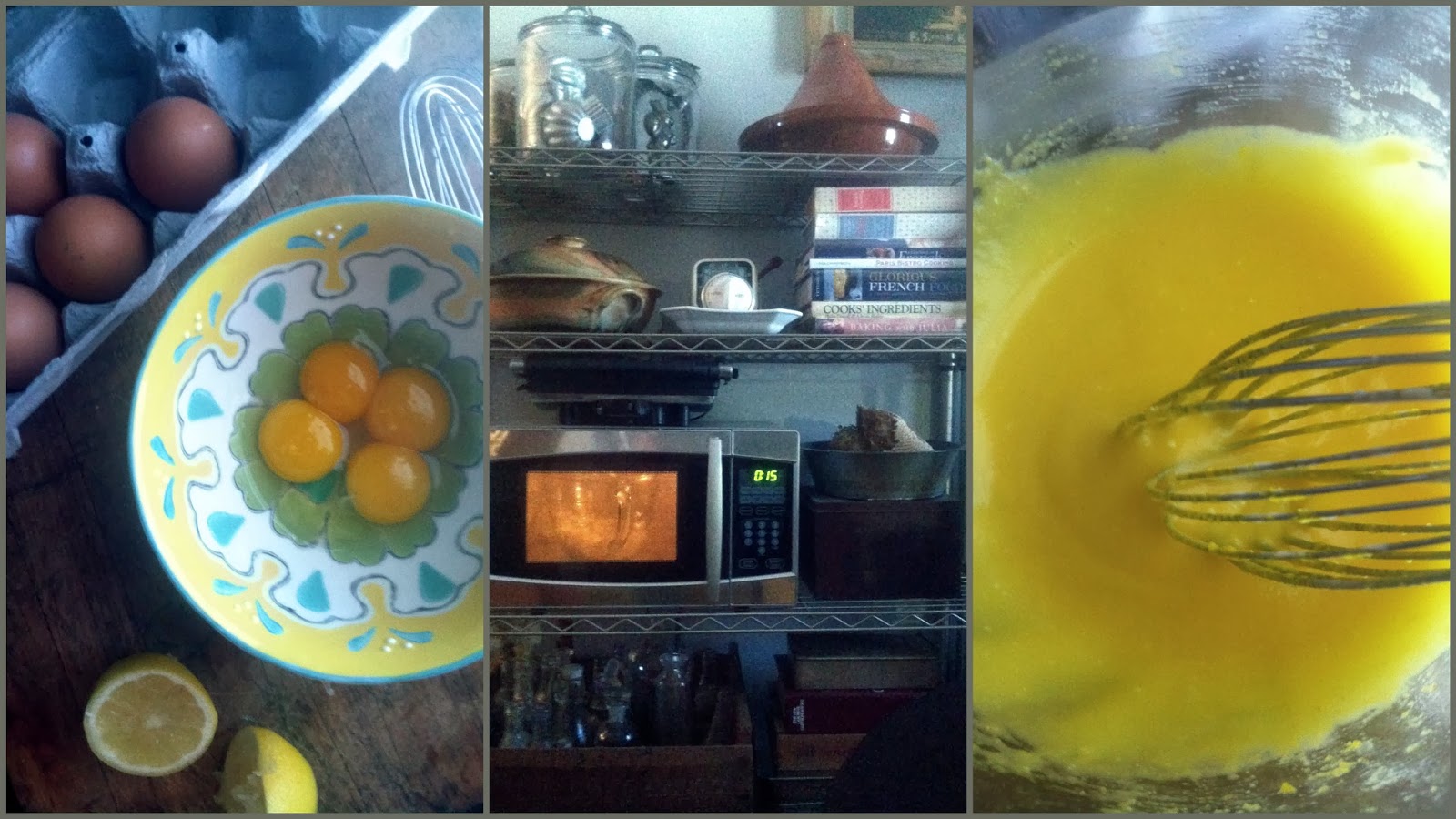 That day, months ago, there is the morning light, filtering in through the blinds, illuminating my grandmother's small drop leaf table where I'll sit. There is the crisp crack of an egg shell, the bubbling of brewing coffee. A bread knife breaking the crackling crust of golden, tangy sourdough. Eggs, and lemon, and oil whir into a silken salve. Humming along to a silent song, I am in my element. A symphony of culinary intrigue--what will become the cure for all ills this day, these few, simple ingredients.

It was glorious.  It was the best breakfast I've ever had. 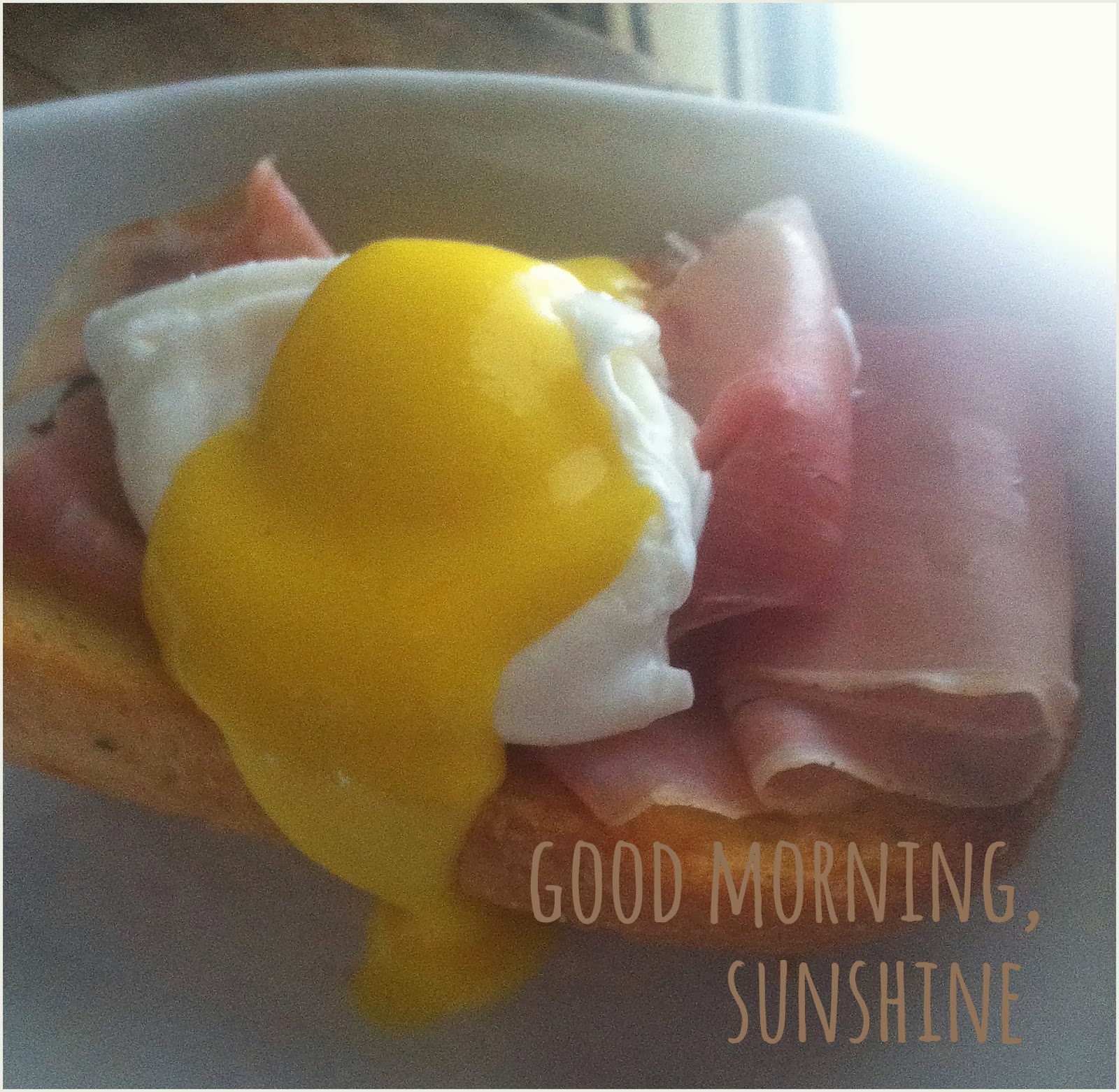 “The chief beauty about time is that you cannot waste it in advance. The next year, the next day, the next hour are lying ready for you, as perfect, as unspoiled, as if you had never wasted or misapplied a single moment in all your life. You can turn over a new leaf every hour if you choose.”  - Arnold Bennett 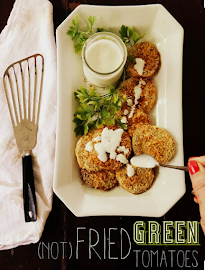 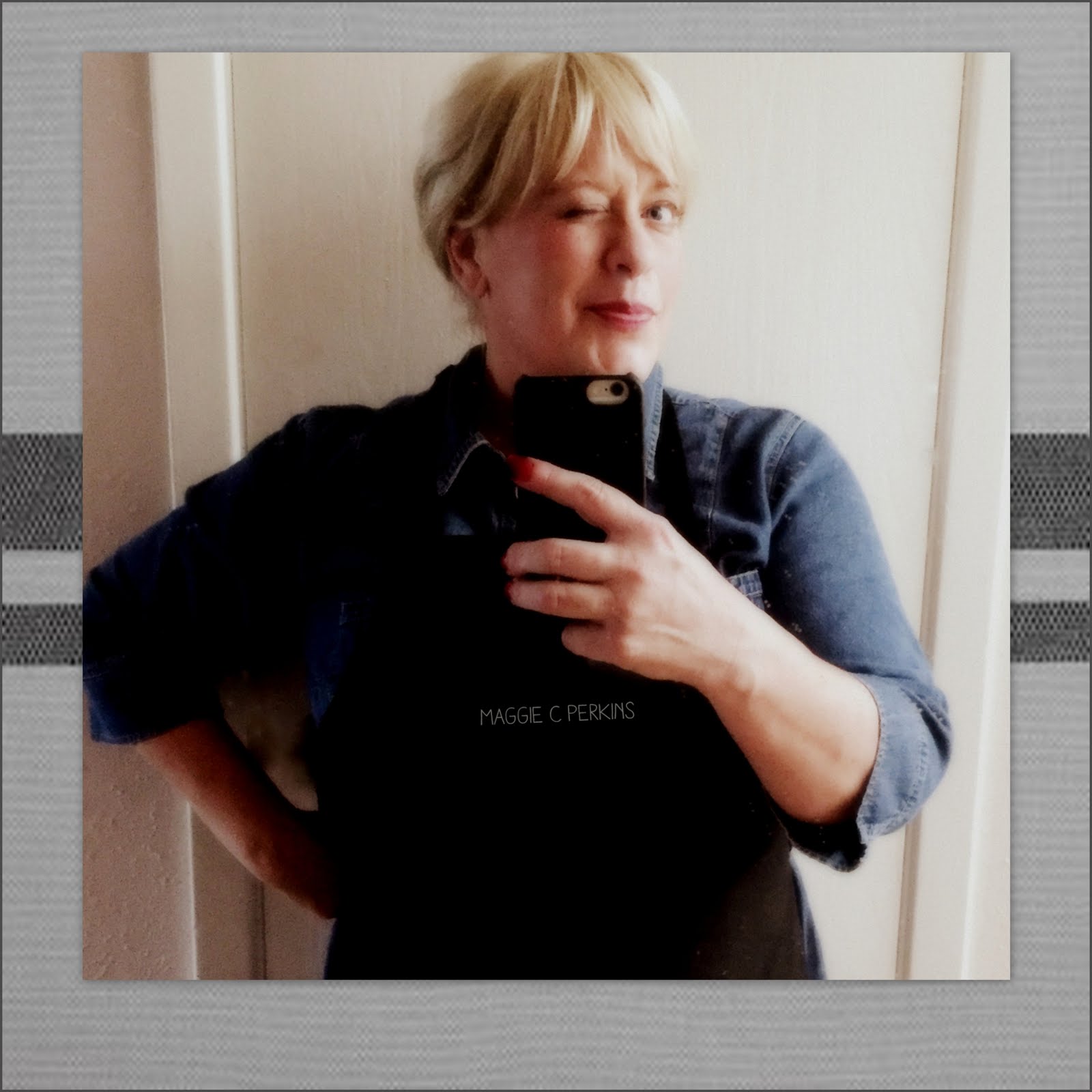 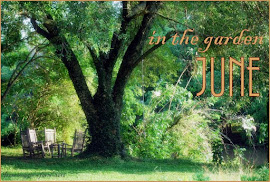 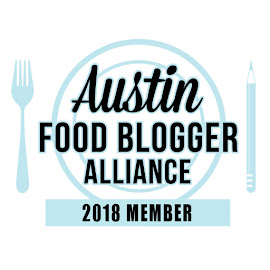